Speedway-SA is sad to report the passing of Arthur Bruins in a road accident yesterday, March 23rd, age 67. 'Archie', as he was know to his friends, was a champion of the sport of speedway, both 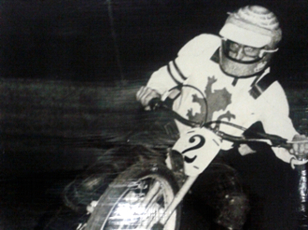 on the track in his youth and subsequently, in present times as a committed follower and supporter of Walkerville Speedway Riders Club, where he was a generous benefactor and through his business, DOT Engineering, has been the prime sponsor of the S.African National Championship for many years, last won just 3 months ago by his own grandson, Gio Nunes.

Arthur was the South African speedway champion for 3 consecutive years, 1976-'78 as well as the SA Golden Helmet Match Race Champion in 1977 when he took the title from his brother James. Prior to these successes, he was noted in a press report of 1973 as the only rider able to give support to Transvaal skipper Dennis Newton in their match against the OFS. A year later at Klerksdorp, against Western Transvaal “ … the Jo'burg Angels were splendidly served by Arthur Bruins, … who already ranks amongst the best riders in S.Africa,” being headed just once all night. The following week at the Bloemfontein opening meeting he won the Individual event there from its rider/promoter Vic Pretorius. In November '74 Arthur led a quartet of riders to Rhodesia and took part in the Rhodesian Open, but falls and engine failures, - only one bike was left by the end of the night - , meant all returned South unrewarded.

In 1975 Arthur and James rode against the WCSS troupe of touring world champions, - Mauger, Briggs, Olsen, Muller - , in Cape Town, Jo'burg and Durban, and though, understandably the Republic was without successes, the standard of local riders was much improved such that by the start of the 1977/'78 season it was reported that 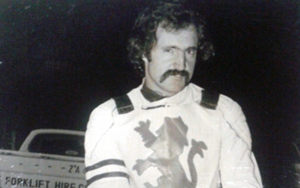 “..brothers Arthur and James Bruins have been the dominating SA riders in the past couple of years..” As if to demonstrate this, at the start of the season Arthur (seen above in the colours of the Wembley Lions in 1977,) lowered the track record at Wembley, the scene of his first 2 championship wins, to 78.0s. As top South African rider in the SA Open Championship, (won by visiting Scotsman Bert Harkins,) he was awarded the 1978 National title at the new Rainbow track promoted by Boet Strydom. In the next season at Rainbow, in a Best Pairs competition, “... Arthur Bruins, always good to watch, had a mixed day with 2 wins, 2 falls and 2 engine failures!“, but he had won the opening Individual Track Championship there from Graham Long, (son of Henry Long,) after the two had topped the heats with scores of 14 and 12pts respectively, and repeated that order in the 4-man Final.

It is with sad irony that, as a biker, Archie lost his life yesterday not on the track but on the road, on his machine near Sasolburg whilst returning home from the Buffalo Rally in Mossel Bay. Arthur Bruins' help and support to all on the South African speedway scene will be sorely missed. 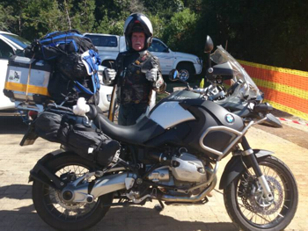 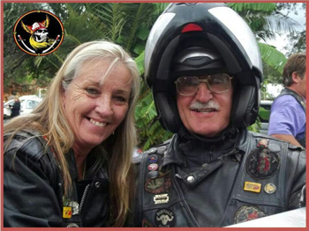